My 19th Birthday in St Thomas! 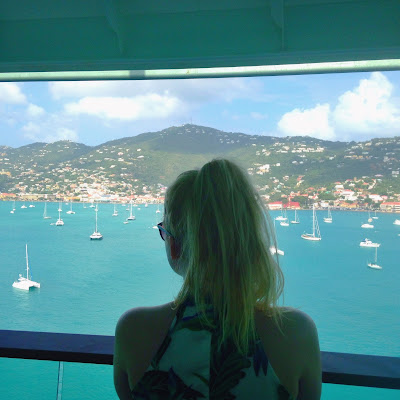 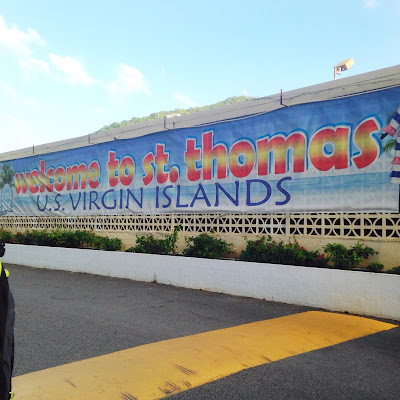 I turned 19 on the 27th January! I know I don't look it, I could probably still pass for under 16, but hey let's no get into that; I am actually 19 and I thought that a 'What I got for My Birthday', would be quite good, as I'm trying to be more active, and do a wider range of posts, so lifestyle seemed like a good direction to go in.

I'd say I wasn't spoilt, but that is kind of a lie considering I was on a cruise in the Caribbean, so I think spoilt is exactly the right word. It was very strange to be that far from home on my birthday, as I'm normally at home and just have a meal with some friends or something along those lines.

So as well as doing a 'What I Got', I thought I'd include a little, 'What I Did'. As it was an amazing holiday, and any chance to talk about it I am taking. So expect a lot of pictures!

The day started by going into my mum's cabin to open my cards, as we'd brought them all with us just so there was something to open on the actual day, and I was surprised with some lovely gifts that my family had brought with them too.

From my mum I got a Pandora charm. It's a cute little present with pink detailing. I had been eyeing this up over Christmas time, as I love the pink detailing, and the little heart that is attached to it. 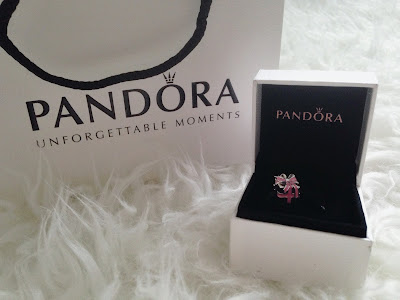 From my mum's fiancé, I received a necklace on a rose gold chain that has my birth stone attached to it. I love stuff like this, as I like the colour of my birth stone which is Garnet. It is so pretty and dainty, which will be nice for everyday wear. 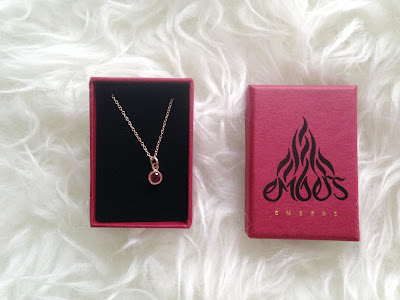 I then received a gift card for River Island, which I can't wait to spend, as I don't tend to shop in there a lot, as the prices scare me a little, for some reason I'll happily spend loads on makeup, but I just can't do the same for clothes.

For the day we were docked in St Thomas, which is a beautiful island, and I mean beautiful. 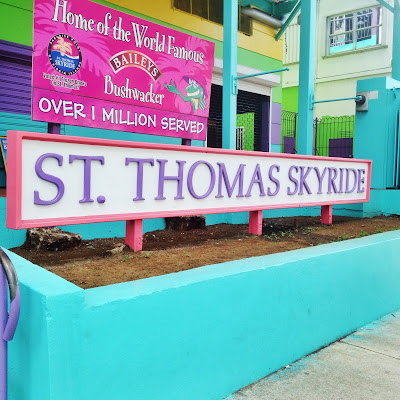 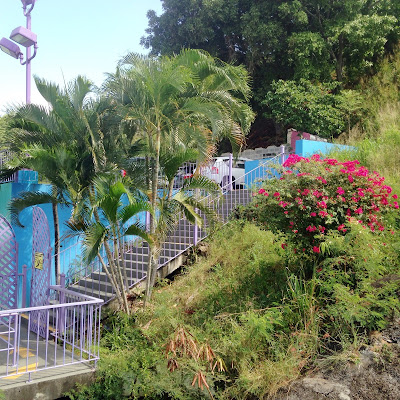 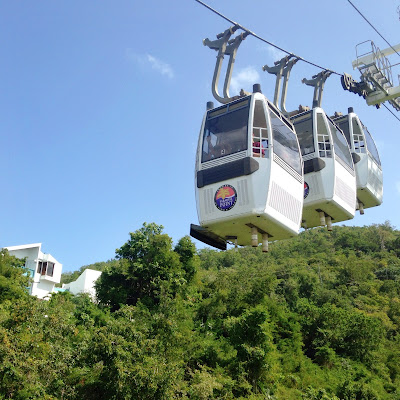 When we first arrived we took a sky ride to the top of a mountain where the views just got even better. There were a couple of shops that sold little souvenirs, as well as a little place that sold drinks that were delicious. I had a raspberry smoothie and it was the best. 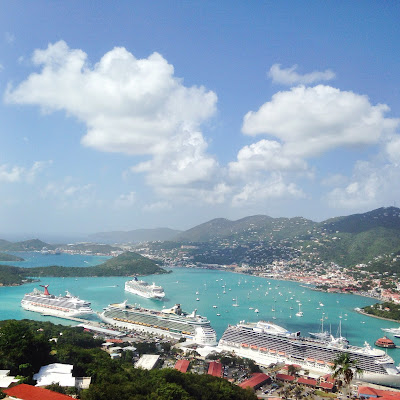 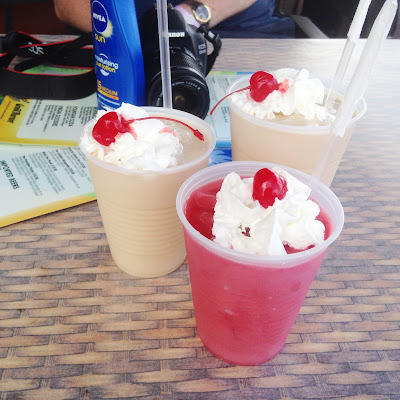 I was also treated to a new perfume, as I actually don't have that many. I got  Chance by Chanel, or Chanel pink. (Is it actually called Chanel pink, or is that just what me and mum call it?) 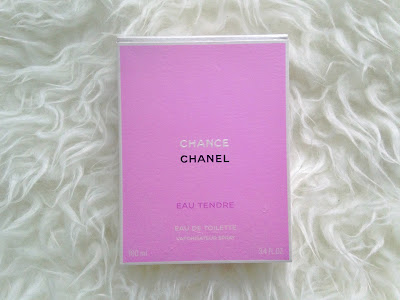 Later in the day we went on a little sunset cruise, which was a little boat with other people from our ship and a few from other ones, which turned out to be more of a booze cruise, which wasn't fun. I was the youngest on there by far, so it wasn't great, but still really nice to the sunset. 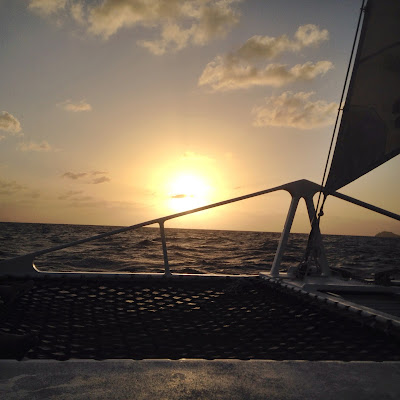 We ate in the Italian in the evening, as I am a sucker Italian food. Let's just brush over the fact that I had steak. I did get a little cake brought out, which said 'Happy Birthday' in chocolate, whilst the waiters sung. 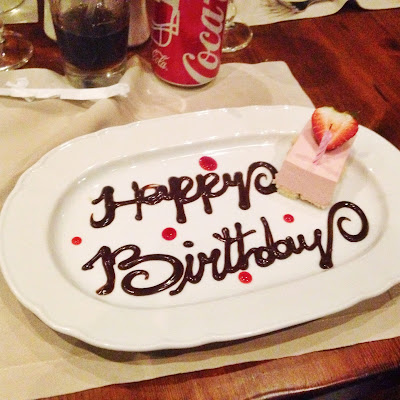 As we didn't eat the main dining room that night, the waiters in there insisted to sing the next day as well, which is where quite a lot of people joined in and I got a little embarrassed, as I was not expecting it at all. I'm not one for being centre of attention. I also ended up with three puddings, as I ordered one, got brought ice cream, and then the slice they brought out when they were singing. 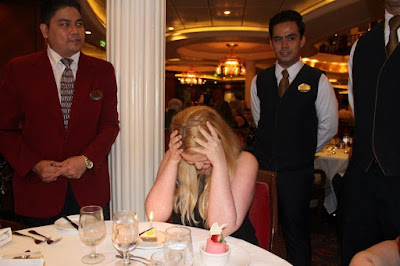 as you can see, I handled it really well 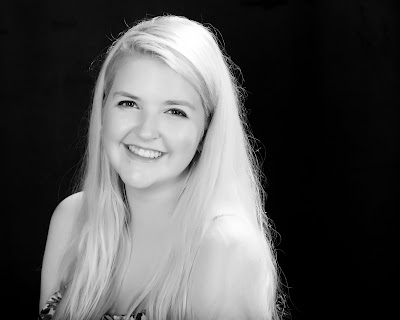 That's pretty much it, I mean I know this is more of a ramble/ lifestyle post which I don't do a lot of, but I thought it would be fun to do. Especially since it was such a lovely day.

When I got home I also received some more things, like a cute money pot, bath bombs, a mug and a bottle of archers (not that I'm an alcoholic or anything)

So yeah, I hope you enjoyed this post, as I definitely enjoyed the day, and would like to thank everyone who made it possible!

Thank you for reading!